According to the PWN dictionary of Polish language, the term Polonia refers to ‘Poles living permanently abroad’, while emigration is defined as ‘departure from their home country to another country to settle there’, ‘continuous or periodic residence in another country’ or ‘generally, commonality of immigrants living in a given country’.

It should be noted, however, that the word Polonia has a much more gripping etymology. First, it appeared in the Chronicle of Gallus Anonymous from XIth/ XIIth century, where it functioned as the name of the Polish state. Then, when Poland as a political state disappeared from the map of Europe (as a he result of the partitions of Poland in the XVIIIth century), the term Polonia included all people of Polish origin – hence, also Polish minorities settled in states neighbouring to the former Polish-Lithuanian Commonwealth (Sękowska, 2010: 17). After Poland regained independence, the term Polonia has begun to be understood as ‘Poles (from) abroad’, ‘Polish diaspora’.

In studies of the Polish community abroad and emigration you can meet many of the criteria according to which Poles living abroad are characterized. The most common are: temporality, awareness of Polish origins, gender, age, education, purpose of visit, type of activity undertaken abroad (work/study). I believe that both the first and the second criteria may be considered the most helpful when discussed here.

It is worth noting that in terms of temporality Polonia is a group of Poles who decided to take on a permanent or long-term trip abroad. Emigration, in turn, is typically periodic – a person who leaves Poland maintains that he/she intends to return after, for example, a few months or years. It should also be highlighted that people who decide on a short-term stay abroad usually leave by themselves (without their families). The fact of starting a family abroad or the decision of leaving Poland with a partner and children is undoubtedly evidence of long-term plans for staying abroad. Thus, in such situations the term Polonia appears to be legitimate, even if they have left Poland recently. Decisions on permanent or temporary settling abroad are subject to changes, also during the trip, so it seems reasonable to include into Polonia those people who have decided to stay abroad permanently after coming to the foreign state. Since such a decision is made by themselves, their attitude towards the country of residence (loyalty to this state), as well as towards their home country (ties with their homeland) have been changed.

Another significant criterion for the study of Polish emigration and Polonia is the awareness of Polish bonds. In this respect Łepkowski distinguished three categories (Łepkowski, 1976:
158–176):
• emigration: emigrants from Poland, Polish migrants, Poles from abroad;
• Polonia: people with a ‘balanced’ national consciousness (e.g. Polish-English, Polish Englishman), children/grandchildren of Poles from abroad, people of Polish origin – e.g. an Irishman of Polish origin;
• persons of Polish descent: people of partial Polish origin (for example, a child or grandchild of a mixed nationality marriage).

Because of the differences among the Polish community abroad this determinant does not apply equally to all its members (Sękowska, 2010: 17). Awareness of ties with the home country is a complex criterion, depending on many factors, such as: length of stay abroad, country of birth, generation, a place of residency, the reason of settlement outside Poland. Therefore, in this article the term Polonia is considered widely – it refers to both: to the people who were born in Poland and of a certain age have emigrated abroad, as well as to those born already outside Poland and having Polish roots and who feel a bond with Polish culture. In this article, Polonia is understood as ‘Polish people abroad who, regardless of country of birth and level of knowledge of Polish language, have preserved the traditions of Polish origin; manifest interest in Polish culture and understanding of the Polish national interests’ (Dubisz, 2007:10).

Moreover, the diversity of Polonia and emigration should be noted in terms of political geography as well. As rightly observed by Paluch (Paluch 1976: 52), it would be hard to scrutinize Polish community abroad ‘in general’, treating it as a homogeneous group. Studies usually relate to specific communities of Poles who live in the particular country or region of the world. You can then distinguish, as in this article, for example British Polonia, American Polonia, Canadian Polonia, Irish Polonia or French Polonia, etc. By doing so, one can easily underline the specific interference of foreign culture on the life of this concrete Polish community (Sękowska, 2010: 26–27). 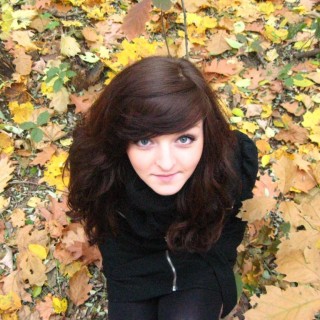